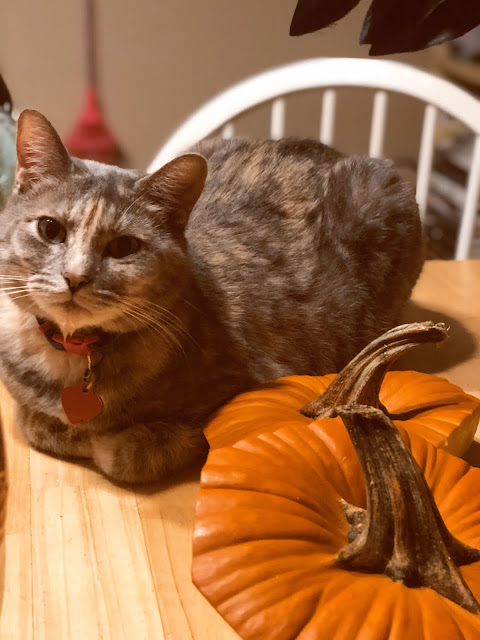 Happy October friends! We have not done a small goals post in a hot minute. I know I miss setting goals each month and having this accountability to cross things off my list. I especially love October & I feel like I have a lot of goals I'd like to accomplish before the end of the year. So here we are! Let's kick off this small goals post and see what we plan to accomplish this month.

1. Read 4 library books.  I've been hitting the library hard lately and I'm hoping to read at least four books from my library stack.
2. Closet clean out.  A start of a new season feels like the perfect time to clean out a few things from my closet I'm no longer loving. It's getting packed again which makes outfit planning tricky.
3. Fall craft.  This feels kind of ambiguous. I don't have anything in mind, but I have a ridiculous amount of hand-crafted Halloween decor but way less standard hand-crafted fall decor. Hopefully I can find something up my alley.
4.  Finish Halloween cross-stitch. I usually always do a new cross-stitch project for Halloween. This year I bought 3. I started the first one and would like to get it finished by Halloween.
5. Tear out living room carpet.  I did this in my craft room and painted the hardwood floors a dark chocolate brown. My living room is right next to it and I would like the do the same so they flow and then my house will be carpet free.

1. Create a budget spreadsheet I have a pretty loose budget, but I'm very bad at guesstimating how much I'm spending regularly. I am hoping by tracking my spending through the end of the year I'll have a better handle on where my extra money goes each month.
2. Bring my lunch 3 times a week I've been eating out a lot for lunches (or skipping it altogether) so I want to plan ahead and take my lunch 3 times a week at least.
3. Finish Sevi's novel My friend Sevi wrote a novel! And I get to beta read it! However, I've been behind on this so I'm committing to finishing it and taking good notes for her revising process.
4. Sell books at Half Price Books I have so many books and I need to sell a ton of them. Most of them I know I would not keep after reading anyway and can get from the library. I plan to keep a list of the titles I sell that I have not read yet so I can still get them from the library if I want.
5. Go to a pumpkin patch I want to do all the fall things in my favorite month! I am actually planning a work trip to a pumpkin patch but I would love to go with Emily and Morgan (and Jen!) as well!

Posted by Heather at 4:20 PM No comments:

Hello book lovers & blog friends! Our poor blog has been a little neglected this year, especially over the summer. It's one of my favorite things, but honestly it's been a wild summer for me personally. Since I am the primary blog planner, things get put on hold when I don't prioritize them. However, I think Jen and I both still love this blog so let's get back into it! Here are our September and October book club choices. 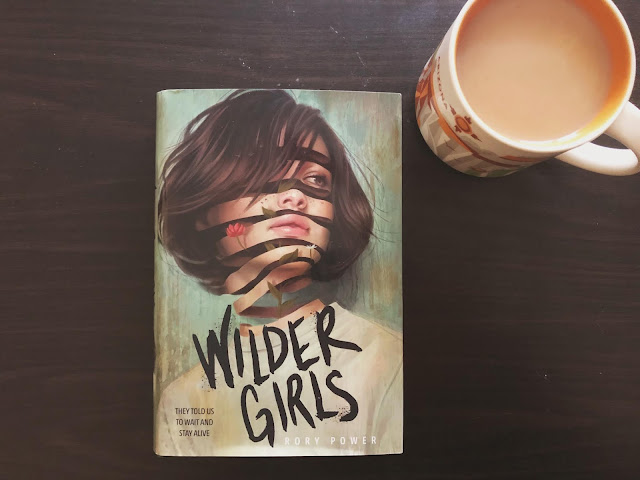 It's been eighteen months since the Raxter School for Girls was put under quarantine. Since the Tox hit and pulled Hetty's life out from under her.

It started slow. First the teachers died one by one. Then it began to infect the students, turning their bodies strange and foreign. Now, cut off from the rest of the world and left to fend for themselves on their island home, the girls don't dare wander outside the school's fence, where the Tox has made the woods wild and dangerous. They wait for the cure they were promised as the Tox seeps into everything.

But when Byatt goes missing, Hetty will do anything to find her, even if it means breaking quarantine and braving the horrors that lie beyond the fence. And when she does, Hetty learns that there's more to their story, to their life at Raxter, than she could have ever thought true. 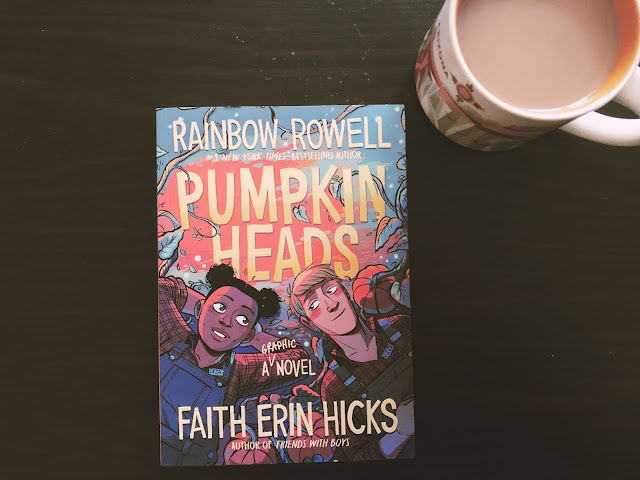 But this Halloween is different―Josiah and Deja are finally seniors, and this is their last season at the pumpkin patch. Their last shift together. Their last good-bye.

Josiah’s ready to spend the whole night feeling melancholy about it. Deja isn’t ready to let him. She’s got a plan: What if―instead of moping and the usual slinging lima beans down at the Succotash Hut―they went out with a bang? They could see all the sights! Taste all the snacks! And Josiah could finally talk to that cute girl he’s been mooning over for three years . . .

What if their last shift was an adventure?
Posted by Heather at 10:11 AM No comments: