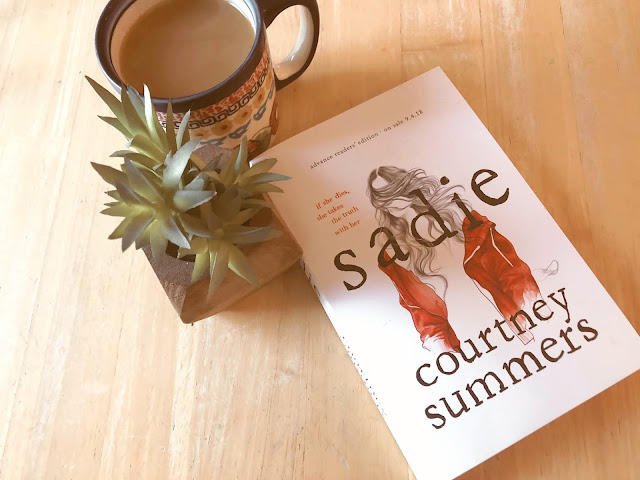 Hey book friends. October is hands down my favorite month. I've been working on some spooky reads & movies & tv shows to binge all month long.

When deciding on a book to read this month, I knew I wanted something spooky. It’s weirdly kind of hard to find something super scary that’s not Stephen King (please send me any suggestions obviously) or that I haven’t read already. However, when I picked up this ARC I’ve been meaning to read for months, I realized it might fit the bill. Sadie by Courtney Summers is more of a thriller. Once I realized it also has chapters told in the style of a true crime podcast, I was SO IN. True crime podcasts are my jam. This book just came out last month and I can’t wait to dig in.

What’s it About?
Sadie hasn't had an easy life. Growing up on her own, she's been raising her sister Mattie in an isolated small town, trying her best to provide a normal life and keep their heads above water.

But when Mattie is found dead, Sadie's entire world crumbles. After a somewhat botched police investigation, Sadie is determined to bring her sister's killer to justice and hits the road following a few meager clues to find him.

When West McCray—a radio personality working on a segment about small, forgotten towns in America—overhears Sadie's story at a local gas station, he becomes obsessed with finding the missing girl. He starts his own podcast as he tracks Sadie's journey, trying to figure out what happened, hoping to find her before it's too late.