Hey book lovers! You are probably thinking, "for a book themed blog, these people do not really post what they thought of the books they picked." That is a totally fair observation this year. Last year we tried a few different ways to review the books we picked for the blog, but none of them felt super great (in my opinion) and then it just kind of fell to this side this year so far.

But what is the point of reading these books if we can't share what we thought? So to catch up, we will do two posts talking about our thought on our book club picks so far. Right now we have January, February, and March so let's jump in! 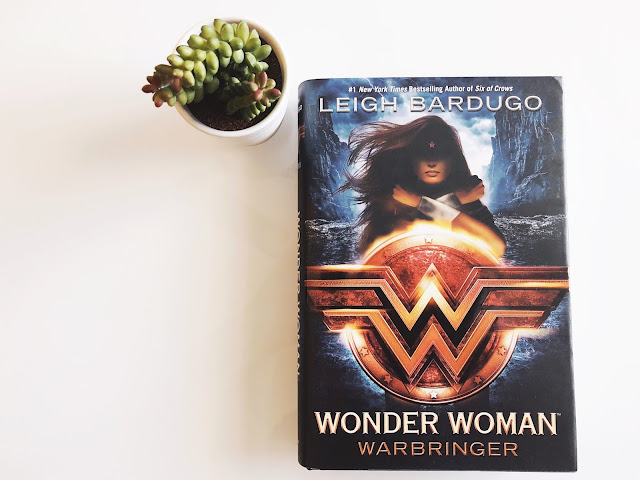 Heather Says:
I went in with some mixed feelings with this one. I was hopeful because it was Leigh Bardugo and she rarely disappoints, plus the Wonder Woman movie blew me away so I wasn't sure what I could expect from this YA interpretation. This book follows a younger Diana, eager to prove herself as worthy to her mother and the other Amazons. While running a race, she sees a shipwreck outside the barrier and risks everything to save a drowning girl. What happens next is a story of friendship, power, and finding your own path. I was so pleasantly surprised with how much I enjoyed this book and was itching for more young Diana tales. I don't think it's super in line with the movie and I'm not familiar enough with the comics to tell you if it fits in there, but it was such a great story of figuring out who you are outside of expectations that get put on you.

Jen Says:
I know Wonder Woman was the feminist movie of the year last year, but per usual I found out pretty late in the game about it and didn't embrace it as well as my feminist heart should have.  I was so pumped to hear about this novel and the upcoming novels (focusing on different super heroes) that I was so excited this worked out for our first book of the year. I went in having zero expectations and fell into a book that makes you want to shuck all preconceived notions and embrace doing things for the greater good.  I also really loved learning about the Amazonian way of life. I could use a Diana in my life. 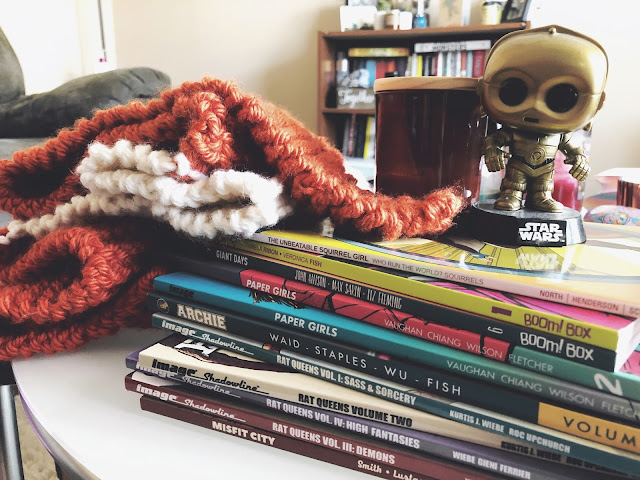 Heather Says
Comic book month! This was one I was looking forward to, since we could read as many comics as I wanted. Unfortunately, I only read two comics this month, and then read like 10 in March. The ones I got to in February were Archie Vol. 1: The New Riverdale and The Unbeatable Squirrel Girl Beats Up the Marvel Universe. The Archie reimagining was really fun, though I did have a hard time separating this story from the show Riverdale, which I'm very in to right now. It was great though and I can't wait to borrow the second issue from Jen eventually (HA!). The Squirrel Girl comic was SO. MUCH. FUN. It's a stand alone part of the series and it pulled in a lot of different characters (like Ant-Man!) and for a little bit I wasn't sure Squirrel Girl would remain unbeatable. I'm so in love with these comics and I'm so glad Jen buys so many so I can always borrow from her.

Jen Says:
I literally squealed when Heather suggested a comic book month. Comic books are my jam and I find it so easy to get lost in the illustrations and witty commentary. In hopes to keep my budget in check, I read comics and graphic novels I was able to score at the library.  The exception was Lumberjanes 8, which never disappoints. I read the Tea Dragon Society which was adorable and made me want a tea sized dragon so bad until I realized by cats would probably eat it because they are the worst. The girls lent me "Swing It, Sunny" which was cute as hell. I also read In Real Life and Seconds which I remember both liking but weren't super memorable unfortunately. I haven't bought any comics lately (being a grown up is lame) but I think I need to reinstitute 1 new comic every payday because I miss the happiness they bring my life. 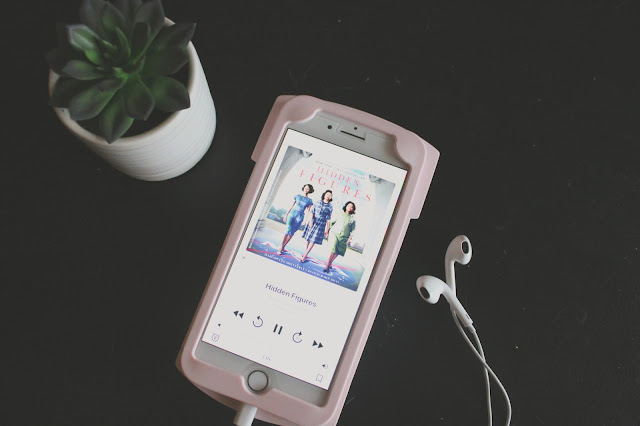 Heather Says
Jen suggested Hidden Figures for March book club and I was so excited for this pick! I cried and cheered during the movie, so I was pumped to read the novel it was based on. Plus I was trying to get into audiobooks again so when I saw I could get it from the library (via Hoopla) I was ready. I spent a week learning about these amazing women who worked for NASA but got zero acknowledgement for their accomplishments until recently. Women are still under represented in STEM fields, and to know these women of color changed the world, it's inspiring as hell.

Jen Says
It's so weird, because when I read I almost always will grab a fiction book but if I'm in the mood to listen to my stories I'll also download something non-fiction or a biography type book. I really think this helps round out my reading so I'm not just reading summer vacation type books. I hadn't seen the movie, but this story instantly reminded me of Good Girls Revolt (that got canceled on amazon after 1 season which was a damn travesty)﻿.  I was so unaware so many women of color shaped NASA and I was so humbled to learn about their triumphs even though at the time they didn't get any recognition for it.  This post reminds me that I need to make watching the movie as my next tv priority.
Posted by Heather at 5:07 PM