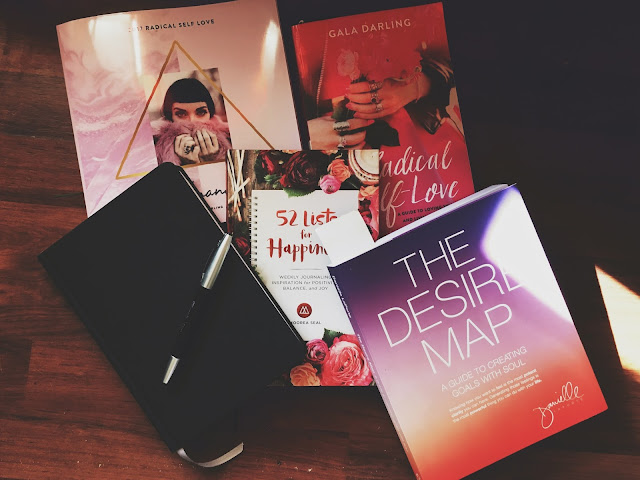 I've spent a lot of time that past few weeks thinking about my life, and especially the year ahead. I think part of it was turning 30 and just being really reflective on where I am right now and where I want to go. It feels like a really transformative time for a lot of people. Personally, my 2016 was really hard, mostly because I lost my mom in July, and it feels like I spent the past 6 months just super struggling with that, even if it didn't always seem like I was. It was a hard year globally too so there's a lot of energy going around focused on letting the bad go and being open to the new year and all that it can bring.

I always set birthday goals each year, but finding a word that I want to focus on in 2017 seemed like a wonderful way to jumpstart the new year. I have been reflecting on the things that went right in 2016 and what went wrong, and what habits I have that have contributed to each. What kind of vibes to do I want to contribute to the world? Good ones obviously, but I wanted it to be more focused than that.

With these things in mind, I finally settled  on my word that I want to influence my 2017:

I want to spend 2017 being intentional with everything I do. I want to set intentions related to my career, my relationships, my finances, the energy I put out into the world, all of it. I debated a few other words before settling on intentional. I was circling mindful and authentic for awhile as possible contenders, but I believe intentional kind of covers both of those things and fits in well. I feel really good about this decision. Just thinking about my word has been all motivated to kick some ass this year.

I'm linking up with Nicole at Writes Like a Girl so go check out all the words everyone decided to focus on in 2017! Cheers!

Email ThisBlogThis!Share to TwitterShare to FacebookShare to Pinterest
Labels: Heather, intentional, link up, word of the year