3 Reasons You Should Read The Darkest Minds 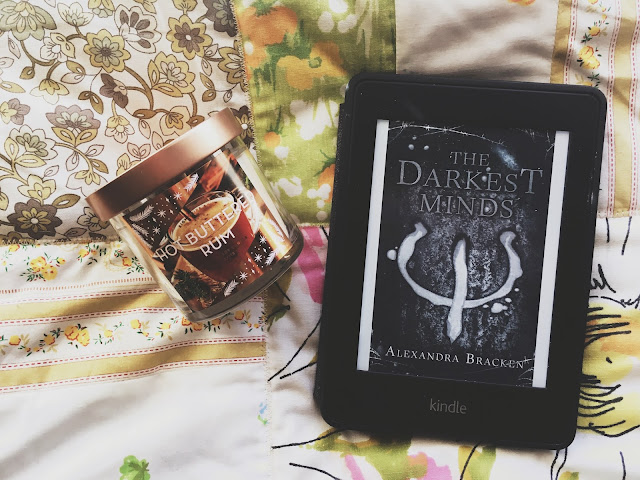 Hey there, book lovers! In December, we read The Darkest Minds by Alexandra Bracken and I was really pleasantly surprised by how much I enjoyed it. Dystopian has kind of fallen out of favor in the past few years, so it was really cool to revisit this genre.


Ok so let's revisit what this book is all about:
When Ruby woke up on her tenth birthday, something about her had changed. Something frightening enough to make her parents lock her in the garage and call the police. Something that got her sent to Thurmond, a brutal government “rehabilitation camp.” She might have survived the mysterious disease that had killed most of America’s children, but she and the others emerged with something far worse: frightening abilities they could not control.

Now sixteen, Ruby is one of the dangerous ones. When the truth comes out, Ruby barely escapes Thurmond with her life. She is on the run, desperate to find the only safe haven left for kids like her—East River. She joins a group of kids who have escaped their own camp. Liam, their brave leader, is falling hard for Ruby. But no matter how much she aches for him, Ruby can’t risk getting close. Not after what happened to her parents. When they arrive at East River, nothing is as it seems, least of all its mysterious leader. But there are other forces at work, people who will stop at nothing to use Ruby in their fight against the government. Ruby will be faced with a terrible choice, one that may mean giving up her only chance at having a life worth living.


1.  One of the better Dystopians
Heather says:
Remember in like 2010 when every book ever was a dystopian? The Hunger Games really kicked off that trend and I got dystopian fatigue real quick. I don't think I've really picked one up in awhile. However, maybe it's because I took such a long break from the genre, but this was such a fun dive back into the dystopian game. The world was interesting and a little heartbreaking. It was such a treat to read another Alexandra Bracken book and to really find myself immersed in the world.

Jen says:
If I would have picked this book up back in that dystopian era Heather is describing I think I would have absolutely loved it. I do feel like my reading preferences have matured and I didn't love this one but I was super into the world building for sure. I also agree with Heather it was nice to see a Alexandera Bracken book I could get into.

2. Quick paced
Heather says:
I really enjoy books that jump into the action and keep you guessing. This was definitely one of those books. There were a few different plot twists that I wasn't expecting to happen for a few more books. I liked that the pace kept your interest and didn't let things drag out when it didn't need to. I think the key to a good dystopian is to balance world building with action and Ms. Bracken did it perfectly.

Jen says:
I agree. I think this a a major part of what the book has going for it. It really keeps you entertained and there isn't a lot of slow parts.  I feel like so much happened in this first book it could have seriously been a stand alone. I own the other 2 books but I don't feel a huge urge to read them but this could be more because series have felt kind of grinding lately.

3. Lovable gang of misfits
Heather says:
The main group the story follows were so adorable and wonderful. When Ruby first joins up with Liam, Chubs, and Suzume they don't all exactly mesh well. I loved that there was some tension, especially with Chubs and Ruby, but eventually they become one of those "friends who are like family" type of groups. If I had to be stuck in a dystopian world with weird powers, this is the gang I'd choose.

Jen says:
Oh man, I agree completely. This group of kids were a lot of fun. I think I even fell a little in love with Liam. He was definitely a really good heroine type character who had you swooning a bit.  Where we left all of the characters was pretty heartbreaking.
Posted by Heather at 7:00 AM