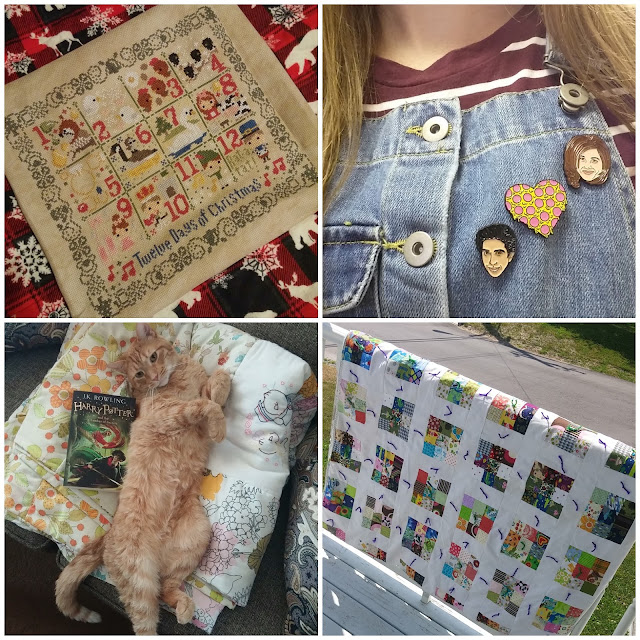 Read:  Oh, you mean besides Harry Potter? I was able to squeeze in two other reads.  Vengeance Road by Erin Bowman & The Sky is Everywhere Jandy Nelson.  Vengeance Road was a straight up western that I thought was only ok but the cover is gorgeous.  I really enjoyed The Sky is Everywhere. It was about a topic I'm not crazy about, but I super enjoyed the writing style.

Watched:  Straight Outta Compton. Ok, I know I'm a little late to the party, but I LOOOOVED this movie. I found the racial injustice maddening and the story behind the gangsta rappers fascinating. I will forever be a lover of biography type movies.  Oh, I also finished up season 2 of Kimmy Schmidt. I'm absolutely loving that Phoebe is Kimmy's mom! Oh, Spoilerish Alert!

Listening:  Bo Burham's new standup on Netflix.  Bo has a rare talent.  He is the one singing comedian I can actually stand.  Bo is a true performer and his shows are pretty intense. You should check him out if you are unfamiliar with his work.

1. Stashbusting Quilt Finished.
Guys!!! It's finally finished on made up on my bed as I type. I seriously love how it turned out and I love how thrifty of a project it turned out to be. I only spent about $15 on the backing.  I'm going to plan more stashbusting projects in my future because I love being thrifty where I can plus it is satisfying to create something made out of disregarded scraps.

2.  Pin Game Overhaul.
So, since starting my pin collection I have become obsessed with owning all the pins. This month got a little out of control and I added more than 10 to my collection. I'm really loving the added flair and attitude the pins give to my outfits.  But my purse is feeling pretty light.

3.  Soul Searching.
I spent a good part of this month trying to nail down anything that is causing me unhappiness.  I think the main goal of life should be happiness and I'm all for weeding out all the things I shouldn't have to deal with or cause me serious unhappiness.  I think I'm pretty close to making a few serious life changes which scares the crap out of me but I'm excited to start taking some positive steps. 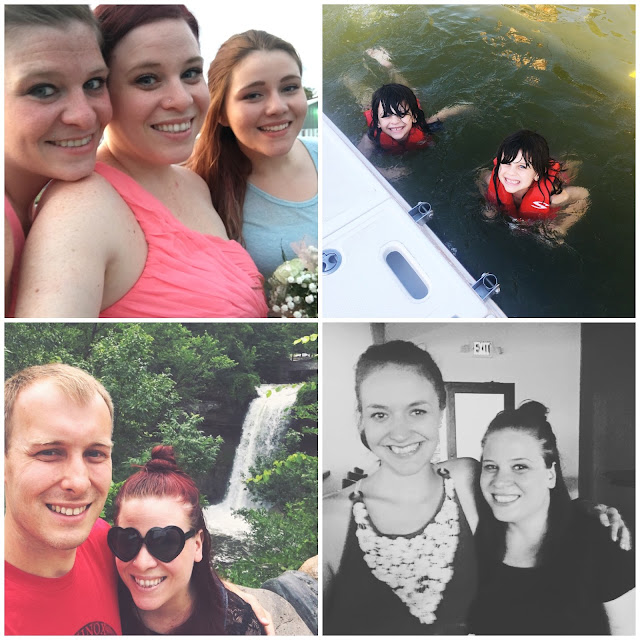 Read:
Most of my month was spent reading the first 3 Harry Potter books for book club, but I did manage to squeeze in a few more besides that one. I reread The Elite and finished The One, which are book 2 and 3 in The Selection series. It was a fun light read that helped make my drive from St. Louis to Minneapolis go by quicker. I also listened to The Obstacle is the Way by Ryan Holiday, which was really wonderful and motivating. I think I'll listen to it again at some point because there were so many great quotes that I want to jot down and remember.

Watched:
I watched season 4 of Orange is the New Black and wow, it was pretty intense and crazy. I was not into it until about half way through the season and then I felt like it totally redeemed itself at the end on the season. I am officially on board for season 5, but officially off board for the character of Piper in any form. Can she be released from prison or something so we can get rid of her bland story lines? Thanks.

*Minnesota or Bust
Jarrett and I took a long weekend to go visit my friend Meredith and her boyfriend Aaron in Minneapolis. It was seriously the best time. Minnesota is a really cool place. We spent a day hiking at Minnehaha Falls and eating all the best food. I finally tried Indian food for the first time and I am hooked. I wish I could have spent more time exploring the city or even the surrounding lakes and hiking spots. It's a 9 hour drive from where I live so you better believe I will make my way back to Minnesota as soon as I can!

*Bullet Journaling
One of my June goals, and one of my birthday goals, was to write and journal more. I've been intrigued by bullet journaling for awhile now and decided to give it a shot. I've found a format that works well for me and I'm having fun recording each day as it happens. It's a nice mix of a to-do list and journal. I'd recommend it to anyone who loves making lists like I do but finds yourself making lists in multiple places. This helps condense it and gives me a spot to record my day and things I want to remember to get done as well!

*Living that lake life
We are lucky enough to have Jarrett's dad invite us to spend time at his lake house at the Lake of the Ozarks a few times in the summer. We went for Father's Day weekend and had the best time. The water was so warm and we spent like 4 hours swimming. Even the beebs got in and swam all over the lake in their life jackets. We all had so much fun riding on the boat and eating BBQ. I can't wait to go back in a few weeks and do it again.