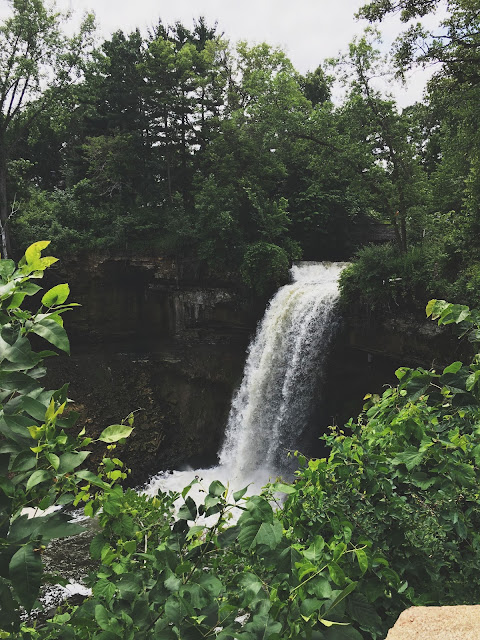 We in into July and summer if flying by! I'm loving my summer so far, basically one of the best ones I've had in awhile. I feel like instead of letting summer happen, for the first time in awhile I'm taking advantage of it and making the most of it. I have a 2 week vacation in July coming up where I'm staying home and hanging out with my kids. I literally cannot wait! I hope your summers are amazing as well, but now it's time to revisit the June small goals we set for ourselves. Honestly, mine did not go as well as I hoped but I'm ready to try again in July. Let us know your goals for July and as always, we are linking up with Nicole at Writes Like a Girl.

1.  Finish 12 Days of Christmas Sampler.   Demolished this goal and watched a lot of New Girl.  I even overachieved this goal and was able to start the new summer sampler by The Frosted Pumpkin Stitchery.
2.  Enamel pin display.  Major fail, like didn't even think about it more than mumbling I needed to think about it. Obviously, this needs to become a huge priority.
3.  Read 1 ARC from Bookcon.  Yup, so didn't happen, thanks a lot, Harry Potter
4.  Cut out Sasquatch quilt.  Cut out and sewing together a bunch of happy little trees, Bob Ross style.
5.  Buy a kiddie pool a/k/a reading pool.  Probably my silliest goal yet, but I still took is seriously and accomplished it. I'm pretty dedicated to my sunshine reading.

1.  Buy ZERO pins.  For reals, it is getting out of hand. Yes, I want to support all the artist and own all the adorable pins I see on instagram, but I need to take a short break from the pin world. *crosses fingers*
2.  Rewatch the 1st 4 Harry Potter Movies.  Obviously with the reread it is only natural to want to watch all the movies again. My husband bought me the entire set for my upcoming birthday and I plan to put them to good use.
3.  Buy a comic from a new series.  It is so easy to get stuck reading your favorites or just trying to get caught up on a continuing series. This month I'm going to get crazy and buy a comic or two from a new series.

4.  Journey to the Splits.  I plan on making flexibility the focus of my fitness regime this month.  The blogger's workouts I follow has a journey to the splits routine but that sounds crazy even to my own ears. I've gotten some resistance bands and am just going to focus on becoming the most flexible me, whether or not it results in the splits. But it would be super cool if it did.
5.  Update Resume.  I think it is probably a good idea always to have an updated resume on file.  You never know when you are going to need to whip it out like a secret emergency rocket pack.

1. Walk 10K steps daily  Major fail. I hit 10K steps 7 times in June, which is not great. I do consistently hit between 6-8K most days but I do want to keep making an effort to hit this step goal.
2. Drink 64 oz water at least 5 times a week  Another fail. I have been upping my water intake but I have been getting between 32-45 oz. most days, which is good but not great.
3. Write once a week  Done! I got into bullet journaling this month, and it's really helped me get back into writing almost daily, which is great. I would like to write more essays so maybe I will focus on that for the rest of the summer.
4. Spend one weekend day mostly outdoors  Done! I spent at least one weekend day each month outside and it was good for my soul. I love summer and I want to soak in as much as I can.
5. Engage more on social media Another fail. I really need to get better at engaging on social media platforms. It's on my never ending to do list.

So 2/5 completed for June. Not my best month for small goals.

1.  Run one mile without stopping  I've been working on my goal of running 3 miles by September, when I'm doing a 6K, so I've been following the couch to 5k app on my phone. I'm on week 4 and it's brutal but I can feel myself getting stronger. I would like to run one mile without stopping this month at least once to see what my time is.
2. Embroider 2 projects  I made a cross stitch project for a friend in June and it kickstarted that crafting bug I have. I have a few embroidery projects floating around my mind and it would be fun to get 2 of them out into the world.
3. Buy ZERO items of clothing  I'm working on my small goals list on July 2nd and already this month I've purchased two items of clothing. Yikes! I need to make a ban for the month of July and put the money I've been spending on clothes into my savings account
4. Cook 3 new meals  I have a pretty sweet deal going where my boyfriend cooks most of the meals in our house. I commute an hour to work so he gets home before me and it makes sense for him to handle dinner. Buuuuut with my two week staycation coming up, I'm hoping to cook more dinners for us and to also try out a few new recipes, which is one of my birthday goals as well!
5.  Buy a bike  I bought Jarrett part of a bike for his birthday and I'm wanting to get a bike for myself so it's on my list to officially get done this month. I want to be able to bike to some wineries before the summer ends!
Posted by Heather at 12:17 PM