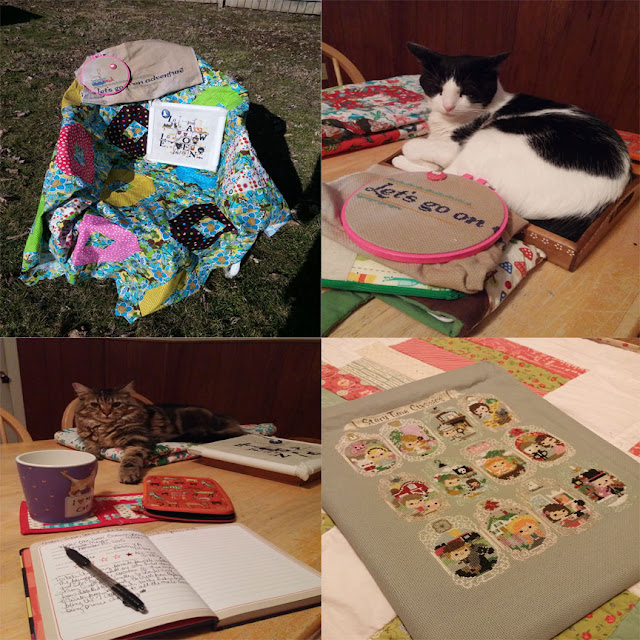 Read:  I focused on some rereads and finishing up series in January. I finished up the Lunar Chronicles series which I previously blogged about and I finished up The Grisha series by Leigh Bardugo.  I started The Grisha series a few years ago and liked it ok so after reading Six of Crows, I really wanted to finish up her previous series.  However, even though I loved the story itself tremendously, I did not love the relationship between Alina and Mal. I found it very annoying in the grand scheme of the story.  I am super glad I conquered a goal of rereading and finishing up a series however, it will never be a favorite of mine.

Watched:   This is Where I Leave You.  I watched this movie starring Tina Fey.  Although I found the premise pretty funny, forced to sit in Shiva with a crazy family, it definitely wasn't my favorite.

Listening:  Whitney Cummings had a new HBO special debut in January.  As usual, Whitney did not disappoint.  I think you could put Whitney in anything and she would shine though as the badass bitch she is.  She is one of my favorite comics and I love that she is dabbling in television too. Anyone else watch Undateable? It's a live comedy and Ron & Danny & Chris are hilarious. If you aren't watching it, you should be.

Also this month:
1.  Book Journal.
I started a book journal at the beginning of the year.  I've been wanting my own personal space to doodle and write down all my personal thoughts about the stuff I'm reading.  I'm really enjoying keeping the journal and find it comes in useful when having those book discussions with the Bestie.
2.  Donut Quilt Stash Bust.
New year, new quilt.  It seems like each year, even if I don't intend to, I start the new year out with a new quilt project.  I'm really trying to work on busting up some of my fabric stashes so I can buy some new stuff.  I love the Donut quilt pattern by Johanna Masko so I decided to whip another one up with some various fabrics I had lying around. As you can see above, it is very floraly, which I love. I'm already to the quilting portion and my cats are already using it to sleep on.  I think they enjoy new quilts more than I do.
3. Game of Thrones-Rewatch.
January was a really slow month at my house.  It was dreary and cold, except the last week, so it was a good month to hunker down and get my hibernation on.  My husband is obsessed with the tv version of Game of Thrones so we spend a couple of weeks rewatching the series in anticipation of the new season in April.  I was a little hesitant to rewatch it again (this is like our 6th rewatch) but it inspired me to finish up the book series.  I'm getting super close to finishing up the 4th book and then I only have 1 more to go.  It feels so good to work towards finishing up a series I started a couple of years ago.  They are just huge commitments! 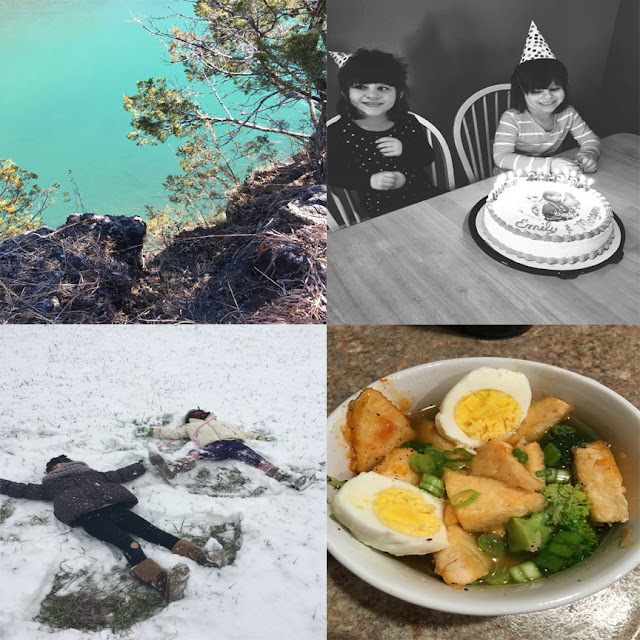 Read
January was kind of a slow reading month for me. New job anxiety made it hard to focus on reading this month. There was a week straight where I couldn't read one page of a book without feeling restless and having to stop. We talked about it a little in our Truthwitch discussion so I think I only read 4 books this month. The biggest standout for me was Light is the New Black by Rebecca Campbell. I actually have a solo discussion on this book typed up and ready to share soon.

Watched
Last year, my boyfriend and I had a competition to see who guessed the most correct Oscar winners. I won by ONE guess. So this year I have to defend my title. The Oscar nominees were announced, not without controversy that I won't go into now since it would be a long rant but I have a lot of feelings about it. Anyway, we started watching all the nominees and we are on track to finish by the ceremony and I'm really excited. I ended up liking a lot more of them so far than I did last year. My favorites so far have been Carol, Room, and Amy. All of those are A++ in my book. Also Mad Max was awesome and I made Jarrett watch it again with me since we already saw it in theaters last year.

Listening
I haven't been listening to a lot of new stuff, but I did start the Breakfast for Dinner podcast, which has been such a wonderful addition to my podcast listening rotation. I love Nicole's blog Writes Like a Girl so checking out her podcast she hosts with her boyfriend Dago has been such a treat. It's really funny and thought provoking, even though I'm starting at the beginning of it, I still enjoying hearing their thoughts on 2013 current events. With my new job and commute, I think I'll be caught up in no time.

1. My beebs turned 6!
At the beginning of the month my baby loves turned 6, meaning they are no longer babies. Irrationally I was kind of hoping they would stop growing at 5 and I could just keep them as my tiny funny loves forever, but alas, they are getting older, though they are still funny and think I'm awesome still. I come in as their #1 best friend so I will take that for as long as it lasts. For their birthday this year we went to The Magic House in St. Louis and they had a blast. We solved mysteries and climbed on things and even wrote poems. It was really fun and the perfect way to ring in 6. We also had a small party with a few friends and family members. We were eating Frozen ice cream cake for 2 weeks after.

2. Hello, new job!
This month I accepted an offer for a new job! I'll be working in customer support at Square in St. Louis and I'm just over the moon excited for this new opportunity. I will miss all my wonderful work friends at my current job, it's going to be insanely hard to say goodbye, but honestly, this move feels so right for me and my family and my life.

3. Warm weather and hikes
January also came with some wonderful warmer weather which means I got to go on a few hikes with my boyfriend. I kind of fell in love with hiking last year in Colorado. We've talked about taking an overnight hiking/camping trip this summer so any chance I get to work on hiking longer distances. I'll take it. It also feels so cleansing for the soul to be out in nature and also to not have to worry about snakes in winter. I'll go back to worrying about snakes this summer.
Posted by Heather at 12:54 PM