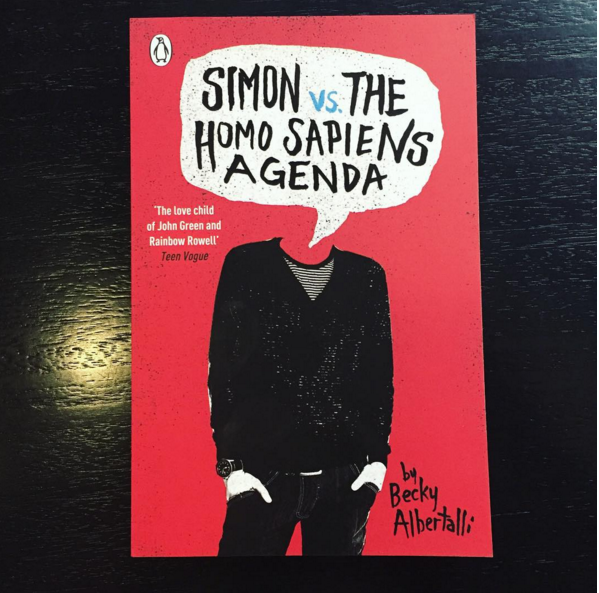 
Simon vs. The Homo Sapiens Agenda by Becky Albertalli
Sixteen-year-old and not-so-openly gay Simon Spier prefers to save his drama for the school musical. But when an email falls into the wrong hands, his secret is at risk of being thrust into the spotlight. Now Simon is actually being blackmailed: if he doesn’t play wingman for class clown Martin, his sexual identity will become everyone’s business. Worse, the privacy of Blue, the pen name of the boy he’s been emailing, will be compromised.

With some messy dynamics emerging in his once tight-knit group of friends, and his email correspondence with Blue growing more flirtatious every day, Simon’s junior year has suddenly gotten all kinds of complicated. Now, change-averse Simon has to find a way to step out of his comfort zone before he’s pushed out—without alienating his friends, compromising himself, or fumbling a shot at happiness with the most confusing, adorable guy he’s never met 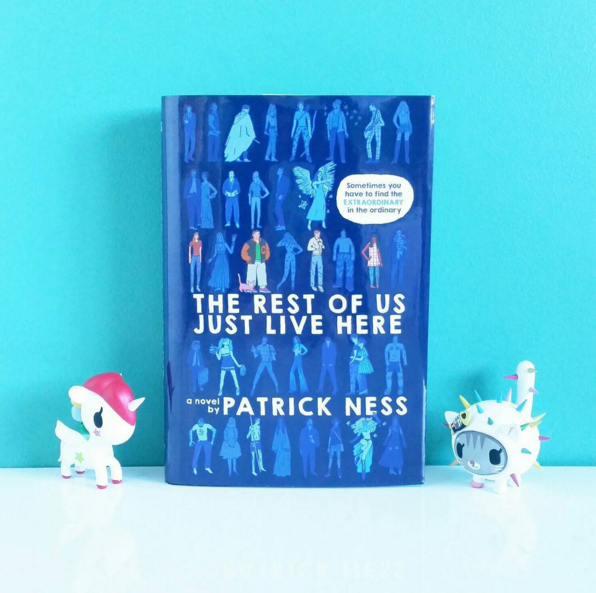 The Rest of Us Just Live Here by Patrick Ness
What if you aren’t the Chosen One?

The one who’s supposed to fight the zombies, or the soul-eating ghosts, or whatever the heck this new thing is, with the blue lights and the death?

What if you’re like Mikey? Who just wants to graduate and go to prom and maybe finally work up the courage to ask Henna out before someone goes and blows up the high school. Again.

Because sometimes there are problems bigger than this week’s end of the world, and sometimes you just have to find the extraordinary in your ordinary life.

Even if your best friend is worshipped by mountain lions.

Award-winning writer Patrick Ness’s bold and irreverent novel powerfully reminds us that there are many different types of remarkable.

This will be our final month of reading two book club books a month. Starting January 2016, Heather and I are going to take turns picking 1 book each month.  We loved the addition of a second book this year, however, with the insane amount of to-read books we own (guys, it is ridiculously shameful!) we really want to focus on reading some books we already own and working on our own personal reading goals. (Mine include comic books--nerd alert!)

Anyway, for our final month of 2 books, I picked Simon vs. the Homo Sapiens Agenda. We had this book scheduled for earlier in the year but had to push it back because of financial reasons. (Books are expensive, yo!)  I've heard GREAT things about this book, and things like "best book of the year" has been casually thrown around on goodreads so I thought it was necessary we read this one.  Heather chose The Rest of Us Just Live Here. She is a fan of Patrick Ness and sadly, this will be my first encounter with him.  I have bought several of his books but just haven't had time to read them so I'm pretty pumped to finally read something by Patrick.

I know 2 books seems like a lot to take on during the holiday season, but if you have the time, come read and talk books with us!
Posted by Heather at 8:00 AM